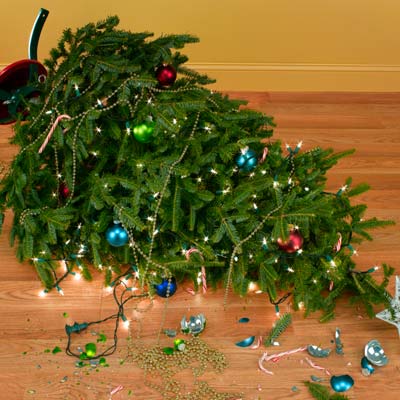 (Beware! Spoilers abound for current seasons of Merlin, Doctor Who and Downton Abbey)

I remember a time, not so long ago when I didn’t even want to hear about British television or movies (well apart from Harry Potter)… Even though I was fluent in English, the British accent didn’t make sense to me. Then Merlin happened… A nice little family show about the legend of King Arthur. At least that’s how my friends sold it to me. I had no idea what I was getting myself into. But we’ll come back to Merlin later.

After having discovered how beautiful (and by beautiful I mean sexy) the British/Irish accent is, I needed more of it in my life. That is how I came to discover Sherlock, Doctor Who, Downton Abbey, Skins, Secret Diary of a Call Girl, Luther, Being Human and so on. As of today I can’t go on, not even one day, without hearing someone speak with a British accent. It’s like air to me… Ok you now know this about me, I do not do things lightly. When I love something I don’t give it up until I’m disgusted by it… I don’t think I’ll ever be disgusted by British shows.

So 2012 was the first time in my twenty something years of life that I was going to have shows to watch on Christmas. Being in France, the time difference even allows me to watch them live. I didn’t because I was with family on Christmas Eve and at work on Christmas Day but let me enjoy the fact that if I could have, I would have. Anyway, this year we had three shows that I follow which were airing Christmas episodes. Well, two because Merlin wasn’t a Christmas episode per say, just the very last episode ever to be made and that happened to be shown on Christmas Eve. Yes you heard it right, they chose to broadcast the last episode of the show I’m the most attached to on Christmas Eve. Why would they do that? I do not know. All I know is that this is cruel….. 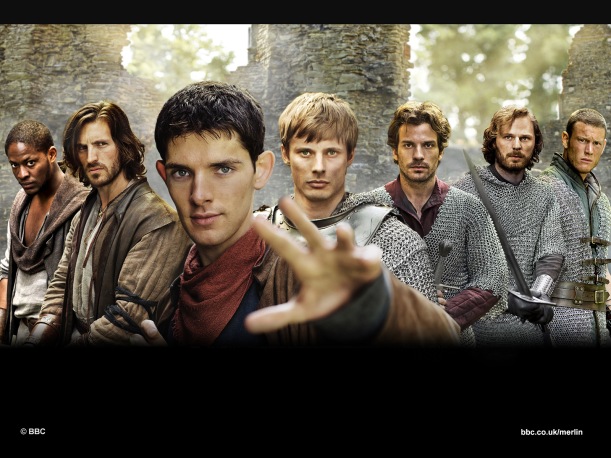 Merlin Photo Courtesy of BBC One

So after having spent a very nice evening with my family and having been spoiled with gifts for Christmas, I went home and watched Merlin. Ok maybe it didn’t go as softly as I make it sound… You must know that ever since I knew that Merlin was ending (pretty early on to be honest because we’d been told when a group of us were in Pierrefonds visiting the location set for filming, and also because it had always been said that they were planning a show for five seasons) I had been dreading that moment. Even though it’s only been a year since I started watching Merlin, I have grown to love the show, its characters and most of all, the actors that I’ve been very lucky to meet a few times. I wasn’t pleased with series five and although the last two episodes were actually really good, I still wasn’t sure about what to expect from this finale.

So, I turned off my cell phone, didn’t turn on Twitter or Tumblr and pressed play. For the very last time I would hear “In a land of myth and a time of magic, the destiny of a great kingdom rests on the shoulder of a young man. His name : Merlin”. (I will keep re-watching the episodes of course but it was the last time I heard it for a new episode). 47 minutes of tension, tears, difficult breathing…. ***BIG SPOILERS AHEAD if you haven’t watched the finale***  It was an emotional roller coaster. The magic reveal was so beautiful and the evolution of Arthur from rejecting Merlin to accepting him for who he is, for everything that he is and more. I am not a Merthur (Merlin and Arthur) shipper in the sense that I do not see them as a couple but their friendship, their love for each other is so pure in this episode that you can’t deny that Merthur is a thing in whatever kind of love you see in it. That finale was a hymn to the beautiful relationship uniting Merlin and Arthur and that’s all it needed to be as it evolved through the climactic fulfillment of the prophecy.

I can’t write about that finale without mentioning THE moment that broke my heart:  Gwaine’s death. I cried more in these 30 seconds than I did for any show before. I was expecting him to die because he was the only knight whose character had been developed enough for the audience to be really shocked (and also because Leon is apparently immortal and Percival can defeat anyone by just showing his enormous arms).  But come to think of it, it’s not so much his death, but the way he died that was shocking. Tortured to death by Morgana, he fell thinking he had failed. You didn’t fail baby!!! If you are not afraid of tears and want to see an epic finale to an epic series then Merlin is your show. I cried, fell in love all over again with the characters and thought that they couldn’t have ended the series a better way. But still the show made me cry my eyes out on Christmas and that is not OK!  And that is how Merlin ruined Christmas.

Doctor Who Photo Courtesy of BBC One

On the actual day of Christmas I still had two Christmas specials to watch:  Downton Abbey and Doctor Who.  Let me start with Doctor Who…. I only started watching this show about seven months ago and, boy, I love it. I started with the Ninth Doctor, Chris Eccleston and fell immediately in love with the show, its characters, and its story. The Tenth Doctor, David Tennant is and will forever be my Doctor. We are now watching the adventures of the Eleventh Doctor, Matt Smith and although I still enjoy the show, I feel like it has changed and I’m not as excited anymore. Yet, this episode was special as it marked the introduction of a brand new companion for the Doctor, Clara. The episode was written by Steven Moffat and there are two things I’m sure to feel when I watch a Moffat episode, I’ll either be scared or left not understanding anything. I wasn’t scared… and so I’m not sure I understood what happened. It wasn’t a bad episode, far from that actually. It had action, great characters, emotion, a Sherlock Holmes connection… It had everything especially a brand new dynamic between Eleven and his new companion… And of course, because I loved all that so much Moffat had to kill Clara and give me all those feelings even though I still hadn’t recovered from Merlin. And that is how Steven Moffat and Doctor Who ruined Christmas. 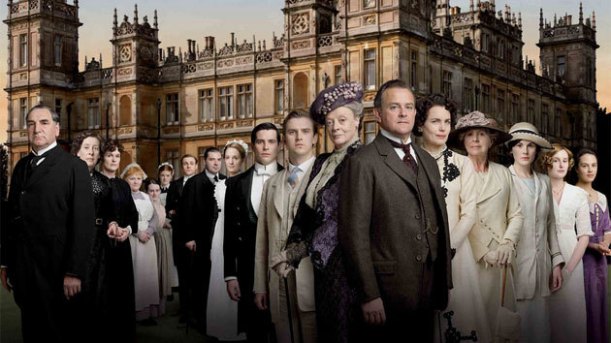 Now on to Downton Abbey. This show only has seven to eight episodes a season. This is not enough and yet this show is perfect. Season three has been a very emotional one. Indeed I lost my favorite character this season. I wanted the 2012 Christmas episode to be joyful and fun… I’ve had that. There was a fair, Anna and Bates were even more adorable than usual, Tom is bonding with Mrs. Hughes over the loss of his wife Sybil, his daughter is the most adorable baby to walk the earth and Thomas is quickly becoming my new favorite character because all he wants is to be accepted and I want him so badly to be able to be himself. And then there is Mary and Matthew. After a year of marriage they finally became pregnant. It seemed like everything was going alright and even though the baby was born in a hurry, everyone was happy…. That is when they killed off Matthew.  WHAT???? Can’t this family get a break? I mean, we lost Sybil and now Matthew? What is Mary going to do without her Matthew? And this poor baby who will never know his incredible father…. And that is How Downton Abbey ruined Christmas.

I still wonder today why I watch those British television shows. They are only here to make me feel horrible, horrible things. I cry every week over them. But then I remember that I cry because the stories are so beautiful and so well written and I would do it all over again if I were given the chance.  Even on Christmas.

2 thoughts on “How British Television Has Ruined Christmas…”