glee premiered back in 2009 as the first musical series on television and is still the leader in this genera today.  For more than three years, glee has continued to make its way on TV, having aired this fourth season on Thursdays at 9/8c on FOX. New settings for the show provided a huge turn this season.  Whether you’re watching it or not, everyone seems to have their idea about glee.

The fourth season has graduated its seniors; Rachel (Michele Lea), Finn (Cory Monteith), Quinn (Dianna Agron), Puck (Mark Salling), Santana (Naya Rivera), Mercedes (Amber Riley) and Mike (Harry Shum Jr.).  Another of the changes was Will Schuester (Matthew Morrison) once again taking over the glee club, New Directions.  What happens to those who are still in school, those who stayed around and those who left, become the focus of what this fourth season is centered around.

Along with the cast changes, the show’s storyline focuses on change just as much this season.  A new rhythm takes place as the show is still set in Lima, Ohio, but also leads us to New York City.  Getting the show to New York means following Rachel and Kurt (Chris Colfer) as they chase their dreams.

We last saw Rachel at the train station on her way to New York, leaving behind her dear New Directions.  The fourth season starts directly with Rachel in a dance lesson with her teacher Cassandra, played by Kate Hudson. Cassandra is one of the new characters this season which will have an impact in the storyline.

Another new actor, Dean Geyer, is introduced as Brody, a student at NYADA where Rachel is attending.  Brody becomes Rachel’s roommate when she first arrives in New York.

It was revealed in the season three finale that Kurt had received a negative response to his application to NYADA.  By the time the season four premiere comes to a close, Blaine tells Kurt to go to New York anyway and he joins Rachel there. Kurt ends up working at Vogue as an intern while he waits to apply to NYADA for the second semester.  His supervisor is Isabelle, played by the wonderful Sarah Jessica Parker.

Back at McKinley, to fill in the empty seats of the choir room left by the graduating seniors, the show needed to introduce some additional characters so that New Directions would be back on track.

Marley:  The new girl who wants to join the glee club to be part of something, to feel important.  She heard about New Directions after they won their Nationals title.  Marley is played by Melissa Benoist. 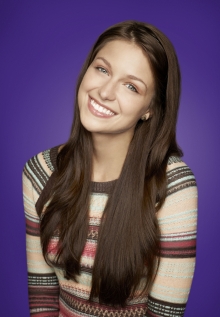 Jake Puckerman: His name should tell you something.  Puckerman, as in Puck who just graduated. Jake is Puck’s little brother. Jake and Puck share the same father.  We learned about Puck’s father last season. The guy who never stuck around.  Jake is played by Jacob Artist.

Ryder: Blake Jenner, winner of the second season of The Glee Project, joined the show after a few episodes this year. Ryder is portrayed as a young football player who embraces the glee club and finds himself through music.

Wade : Wade is played by Alex Newell who was in the first season of The Glee Project.  Alex didn’t win his season but did get a two episode role for being a finalist. We saw him as Wade representing Vocal Adrenaline during Regionals (3×16) and Nationals (3×21) where he revealed that he would consider joining McKinley.  Wade has now been added as a reoccurring character this season at McKinley.

So now we are caught up on the characters and their situations…here is what you missed this mid-season on glee:  new challenges, musicals, sectionals, romances and break-ups.

At McKinley, the school year begins with the auditions to find the new members of the glee club. With new characters come new love stories.  Four of the new characters very much mirror the scheme of Rachel/Finn/Quinn/Puck, this time with Marley/Ryder/Kitty/Jake…although still some love connections up in the air.  Maybe the couples will settle down in the episodes to come.

The seniors this year are Artie (Kevin McHale), Tina (Jenna Ushkowitz), Sam (Chord Overstreet), Brittany (Heather Morris), Blaine (Darren Criss), Joe (Samuel Larsen), and Sugar (Vanessa Lengies). Unfortunately we won’t really hear much about the seniors storyline-wise (except for Blaine and Brittany with their love lives).  The focus is more on the newbies.

There is some focus on Will as he is the glee club director but has been recruited to work in rebuilding the art education in high school…in Washington. This opportunity only brings trouble in Emma’s (Jayma Mays) paradise.  Will and Emma are engaged but no more information about the big day yet.  With Will moving to Washington, the wedding is even in more jeopardy as Emma doesn’t want to leave her job for a few months. The couple experiences a sort of separation, Emma stays and Will leaves McKinley and Lima for Washington at the end of episode five.

What about the glee club? Who will take Will’s place?  No worries, a former New Directions performer will make his way back to help out.

But before that, in New York, Rachel deals with her loneliness as well as her tough dance teacher, Cassandra.  She doesn’t share her problems with her folks back home.  Only when Kurt arrives in New York does she finally open up to him. The duo is together in the Big Apple at the end of the season premiere.

Throughout the first part of the season, Brody and Rachel get closer.  The only problem is that Rachel is waiting for her soul mate, Finn, from whom she has no news whatsoever. Finn was supposed to join the Army after calling off their wedding at the end of season three. Four months later, no one knows what happened to him.  He finally makes an appearance in New York at Rachel’s apartment while she was having a “date” with Brody during the fourth episode.

Kurt will be receiving a visitor as well this episode as Blaine comes by to talk about their relationship.  The long distance factor hasn’t been working well for them.  Blaine is feeling left out of Kurt’s life now that he’s pursuing his dreams far from him. This loneliness will lead Blaine to cheat on Kurt with some random guy.  This brings understanding to this episodes title The Break Up, as all of our favorites couples fall apart. Episode four brings an end to Brittana (Santana/Brittany), Klaine (Kurt/Blaine) and Finchel (Finn/Rachel).

We find out that Finn had left the Army.  Now he has been left by his girlfriend and he’s back living in Lima. Even though difficult choices were made, a new offer has been given him to take over the glee club.  What better opportunity for him than taking the glee club in hand until Mr Schue returns

Finn will be the man to lead the new New Directions to Sectionals. And this year, Sectionals take place at McKinley on Thanksgiving Day.  So Finn uses his relationships to bring back all the graduated seniors for some coaching sessions for the glee club. In this special episode (4×08), Quinn, Puck, Santana, Mike and Mercedes are back. During the competition, we are also treated to music by the Warblers.

This time though, nothing will go as planned.  After their first number set to Gangnam Style, the New Directions show will be stopped by Marley fainting on stage. She had fallen into some bad bulimia habits shown to her by Kitty a few episodes back which make her ill.  Her fainting causes the New Directions to stop in the middle of the competition and they are disqualified. This particular event tears the New Directions apart. But it won’t last as they come together again to build the future of the glee club for the second part of the season to come.

Back in New York, Kurt and Rachel didn’t get back home for Thanksgiving.  They are having their own dinner with their new friends in the city; Brody and Isabelle, Kurt’s supervisor, and some of her friends.

Later on, Kurt will be invited to perform in NYADA’s Winter Showcase by Miss Carmen Tibideaux, played by Dame Whoopi Goldberg, whom we already saw during Rachel’s NYADA audition in season three. This particular performance will give Kurt positive feedback on his second application to NYADA and he will now be joining Rachel for the new semester.  The Winter Showcase was also the occasion for Brody and Rachel to face their feelings for each other and it concludes with them sharing their first kiss as Brochel!

This mid-season special episodes were a Christmas episode (4×10) inspired by the movie Love Actually, a two-part Thanksgiving/Sectionals special (4×08-09), superhero special (4×07), two episodes about a Grease themed musical at McKinley (4×05-06) and a second Britney (Spears) special (4×02). That brings us to seven specials for a ten-episode fourth mid-season.

This first part of the fourth season did not achieve the viewer success expected. With low ratings, glee isn’t performing at its best, breaking its lowest record ratings several times during these ten episodes.  However, TV Line announced a few days ago that the show will be renewed for a fifth season. No official announcement yet from FOX, but TV Line remains a very reliable source concerning this kind of information.

glee will be back on January 24th, on FOX.