Most of us are familiar with the Dorian Gray classic story, a novel originally written by Oscar Wilde, full of hedonism and corruption.  Many variations of the story have been used in movies etc. but the underlying tale is that of a man who sells his soul in an effort to keep that which is most precious to him, his youthful looks and immortality.  A painted portrait of Dorian bears his true reflection and for every year and every sin, the portrait ages and becomes disfigured, all the while Dorian retains his youthful vanity.  What happens during his extended lifetime becomes the tale which has been explored through many scenarios down through the years.

In Big Finish’s series The Confessions of Dorian Gray, we “imagine a world where Dorian Gray was real, and his friendship with Oscar Wilde spawned the notorious novel.”  In this first installment, This World Our Hell, we travel back to 1900 and arrive with Dorian in Paris where he comes to visit an old friend.  Although Paris is the city of lights, Dorian can only sense the cold and ugliness of the city.  We soon learn that his friend is none other than Oscar Wilde, who has taken gravely ill.  As Oscar confides in Dorian during their bedside conversation, we become privy to some insight as to Dorian’s peculiar station in life, “Dorian..the boy without a soul” and learn how Oscar plays a part in his notoriety.  We also come to realize that the facility where Oscar is being cared for, the notorious Hotel D’Alsace, is not simply a hotel.  With frightening consequences, it is questionable as to what fate our characters will suffer.

The amazing thing about audio stories is the subtle, yet detailed sound that is experienced. It’s almost as if our hearing is making up for the loss of visual stimulation and we become keenly aware of each sound as it is threaded through the story.  This World Our Hell succeeds in delivering this type of audio sensation.  Every spoken word hisses with expression and flavor.  The background resonance contributes to the scene being set before us.  We become keenly aware of the sounds while they sift their way through the dialog, adding layers and dimension to the canvas as if they themselves were characters.  Not overpowering, but descriptive audio treats that manifest themselves into the framework of the piece.

Recording in studios in Cardiff Wales, Alexander Vlahos brings voice to the series’ anti-hero Dorian Gray.  Alex is a Welsh born actor who studied at the Royal Welsh College of Music and Drama in Cardiff.  He is probably most known for his role in the BBC Series Merlin and the recent BBC Mini-Series Privates.  His previous work with Big Finish includes Bernice Summerfield and Gallifrey.  The Confessions of Dorian Gray marks the first series where Alex has taken on the mantle of the lead character.  Alex’s voice has a fresh, pleasing lilt with easy expression and distinct articulation.

Steffan Rhodri is cast as Oscar Wilde and displays a more mature, commanding tone, appropriate for the character.  The tie between Oscar and Dorian is evident by the ebb and flow expressed in the tonality of his vocals.  Steffan is also a Wales native and has done much work in the film and television industry.  Along with This World Our Hell, He is also featured in Big Finish productions of Unit, Doctor Who and Bernice Summerfield. 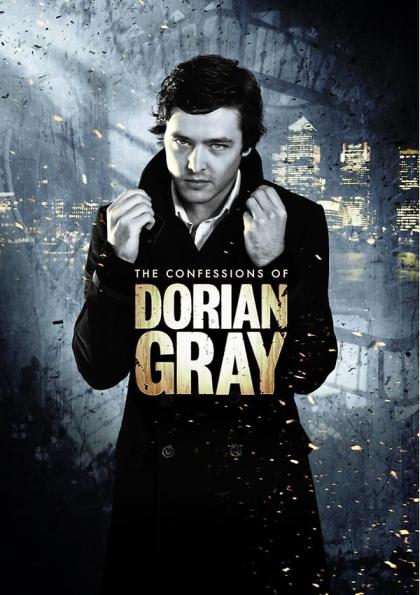 Currently there are six stories in  The Confessions of Dorian Gray series, with the most recent being an extended length edition.  The stories are very reasonably priced and easily downloaded from the Big Finish website.  LISTEN HERE TO EXPERIENCE THE CONFESSIONS OF DORIAN GRAY TRAILER.

**UPDATE** A YouTube video has been added for The Confessions of Dorian Gray S1 Trailer!  See below!

One should absorb the color of life, but one should never remember its details.

All the world loves a rogue.

Sorrow is my new world, Dorian.  Sorrow and all it teaches us.

Note: The Confessions of Dorian Gray contains adult material and is not suitable for younger listeners.

** Edited to add:  Recently I submitted a question for Alex in a contest at Big Finish featuring his Dorian Gray series.  My question was selected and he answered via a video response!  HERE IS THE LINK to the video on the Big Finish Facebook Page!  I also won a signed script of the This World Our Hell episode!  Bit of trivia, the script was originally titled Death in Paris!