A Visit with Chris Hyson

I have heard music and other art forms being described as mediums that create emotion which affords us the ability to experience rather than just intellectually understand what the artist is trying to communicate.  I relate to this as I find the best way to describe music is that it moves me, and I don’t mean that in just a physical way.  As much as I love to dance, music moves me emotionally, I feel it inside.  And I think most people would agree.  That’s why it’s easy to say that it only took a moment for me to fall in love with Chris Hyson’s music.  From my first introduction to the soft jazz melodies, this music was speaking my language, I felt it inside.

Chris Hyson is a London based jazz musician out to make his mark on the world.  He recently debut an independent six track album for digital release which contains his original compositions and are performed by Mercury Prize nominated pianist Kit Downes.  Chris studied jazz at the Royal Academy of Music in London and in 2011, he was awarded a Yamaha Jazz Scholarship for outstanding musicianship.  He is a proficient musician as well as composer and has spent time touring at home and abroad.

Chris has stated his music comes from a place of love and for me; this could never be more true. Taken as I was with the music, I knew I wanted to do a feature, so after contacting him he happily agreed to discuss his music and a little bit about himself. First though, let’s take a listen to his title cut, Little Moon Man…

Hey Chris!  Thanks so much for chatting with us!  To start off, let’s find out a little bit about your background.  From what I’ve gathered, you are a multi-instrumentalist.  What instruments do you play?

I am a double bass player and an electric bassist, I play the piano too, but not to the same standard as my bass playing, that’s why I have used Kit to play my piano music. I write music on the piano.

My inspiration comes from all different types of music. I am usually drawn to more melodic music, so I try to write delicate and simple melodies, as I find they are the ones that tend to stay with you.

Any Specific influences musically that have impacted your sound or in the way you’d like to pursue performing?

Most musicians prefer not to classify their sound as it sort of pigeon holes them, but most do realize that venues and recording companies need that tag to promote.  How would you classify your sound, and how (if any) has it evolved over time?

I find it very hard to say what my sound is, this is not because I want to be pigeon holed, but more because I just can’t really say what box it fits into. I would say I am more a romantic when it comes to writing music though.

What is your favorite thing about being involved in the whole music experience?  What gives the most satisfaction, the most enjoyment, and the most frustration?

My favorite things about being a musician, is the relationships I have been able to form with different musicians around me, I’m constantly being inspired in many ways and shown so many new things. Building musical relationships is really important to me and keeps me going. I do music for the love of the art (trust me, there’s not much money in it!).  I really love writing music, and also playing other people’s music is really fun too.

Your debut six track release Little Moon Man, featuring Kit Downes on piano, just released in February.  Was the journey everything you thought it would be?  Anything significant you learned along the way?

This album came about last year when I had written quite a bit of piano music, but didn’t really know what to do with it.  I thought it would be lovely to get it recorded…I thought that I could play…but that would only be for the sake of it…I didn’t have enough skill to do it myself.  The music suits the piano solo best so I got in contact with Kit Downes, who is a pianist I have really admired as a player and a composer for long time, and was flattered when he agreed to work with me…this way Kit can be as free as he wants with his interpretation.  We went to a studio for a day and recorded the music.  We’re hoping to do more in the future.  From this experience I learned that you need to be proactive and take risks as a musician, don’t shy away from ideas you think might not work… Try things out!

It would be my dream to work with some people from my influences like Tom Waits or someone… Highly unlikely.. but we’ll see 🙂

Myself and Kit will be hopefully recording some more Piano EP’s in the near future, hopefully get together some concert dates to play the music live too. I am also working with Irish singer Lauren Kinsella for a project playing folk music.

**UPDATE**  Chris has embarked on a project to promote his music by creating a music film short featuring his cut “Button Eyes”.  The film will feature Alexander Vlahos!  Find out more at our feature update HERE.

Chris’ music is available for purchase on iTunes and CDBaby!  You can also follow Chris on Twitter @chrishyson

Time for a Fast Five – Questions for Fun Moment!!

**UPDATE**  October 2013 – Chris has released a second work titled Alive with Closed Eyes, once again featuring Kit Downes.  The album contains wonderful harmonic compositions, written specifically with Kit in mind for performance.  Filled with expression, you’ll be sure and want to take a listen then snag up these lush sounds.  I’ve included the cut Like a Bird to whet your appetite!  Available at iTunes, Bandcamp and CD Baby. 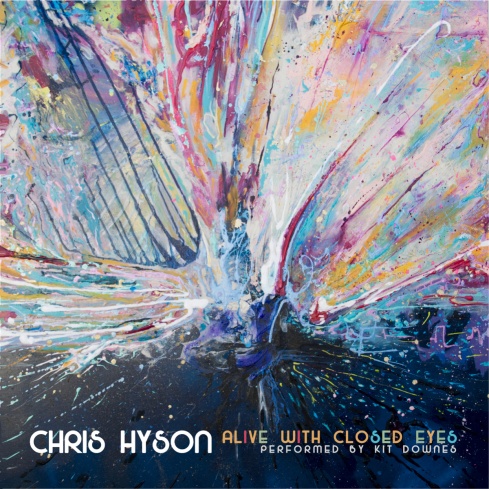 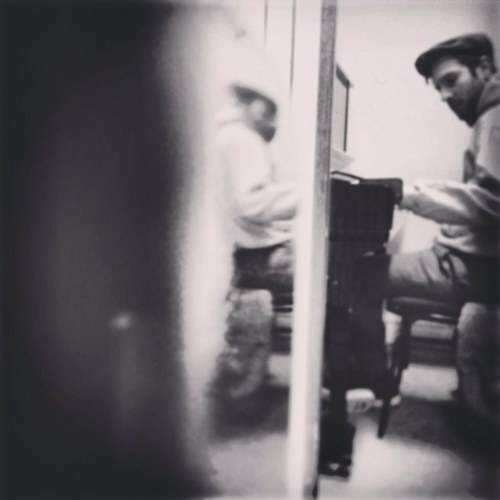 One thought on “Introducing Musician and Composer Chris Hyson”