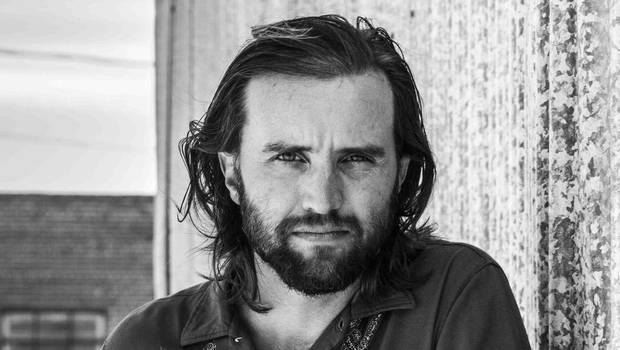 Aaron Poole is one of those actors who wouldn’t surprise you to see turn up in just about any genre of film or television.  He has that natural ability to get lost in the character and portray types vastly apart from each other.  Although you may not be quite familiar with his name, there’s a good chance that you will actually recognize Aaron  from his extensive body of acting.  Having just wrapped a Feature Film alongside Kiefer and Donald Sutherland, Aaron has also worked in productions with Richard Dreyfuss, Orphan Black’s darling Tatiana Maslany, Vanessa Redgrave, Julian Richings, and  Samuel L. Jackson to name just a few.

I came to know Aaron when he was cast as Robert Cobb Kennedy on the BBC America television series Copper.  His portrayal of the real-life Confederate officer who was convicted and executed for his participation in the plot to set fire and burn down New York following the end of the Civil War, was a paramount vehicle to the Copper story line.  I was soon to discover that just as Aaron embodied the 1864 Kennedy, he was aptly adept at morphing into all different types of characters.  With a penchant for hats and a quirky sense of humor, Aaron is an actor to keep an eye on…in fact, he was just named one of TIFF‘s (Toronto International Film Festival) 2013 Five to Watch!

As an introduction, I’ve included Aaron‘s 2013 Demo Reel (Courtesy of Gary Goddard Agency.)  The first section contains a scene from Copper as Robert Cobb Kennedy, along with the lovely Anastasia Griffith as Elizabeth Morehouse.  The additional selections include scenes from This Beautiful City (for which Aaron won an ACTRA Award for Best Lead Actor), The Animal Project (Official Selection at TIFF 2013), and the horror film, The Conspiracy.

First off, thanks so much Aaron, for working us into your schedule!  I’d like to go with a little background to start so we can get to know you and your journey better!  You are based in Toronto…are you a native Canadian?

I grew up in Craighurst, Ontario.

Have you always been interested in acting?  How did you get your start?

I Started at Toronto’s Etobicoke School of the Arts when I was 16.

What education/training have you undergone and what aspect do you think benefited you the most, if any? 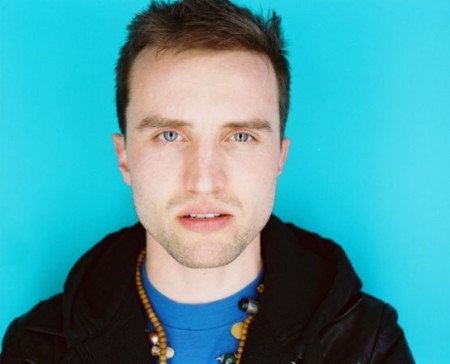 Any influencers/role models or possibly even events that impacted the direction of your journey thus far?

Having my daughter in my early twenties, I decided to stay in Canada to develop the Indie Film Scene and stay close to her – now that she’s grown older there’s more flexibility in my plan.

You’ve worked in various projects covering a wide range of subject matter…horror/thriller, period piece, police drama, western, etc.  Any genera you haven’t worked in yet that you would be interested in?  Have you done any theater?

I’m invited to work again in theatre usually about once a year but haven’t been able to make the time yet…I still love it.

What has been your favorite character/role played to date and why?

Hard to say, but having just wrapped Forsaken, I miss my character Frank Tillman still.

What is your most favorite thing about acting…and the hardest?

Favourite and hardest thing is letting myself find something unexpected…I start with assumptions and I love learning how wrong this can sometimes be. 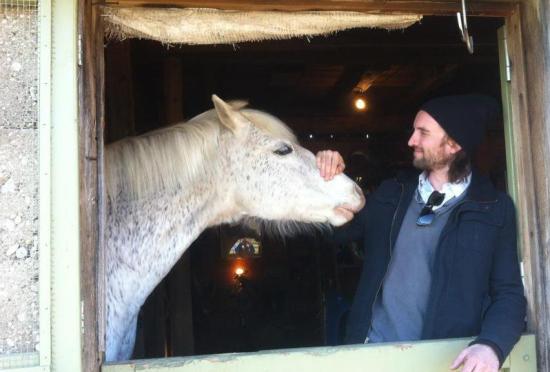 Any advice to share for someone starting out in the acting field?

If you have to have a plan to fall back on, you’ll fall back.  I think I believe that.

You’ve worked in a number of Independent films as a Producer as well as an Actor.  Do you have any thoughts on Crowdfunding and how it is now impacting the industry?

Get money and supporters for your work any way possible.  I don’t think it abdicates responsibility from the artist or the current source of funding – it expands the possibilities.

The Animal Project just premiered at TIFF (Toronto International Film Festival) in September.  Can you tell us a bit about the character you play in the film and how you got involved in the project?

I’m a fan of Ingrid Veninger’s previous work and am willing to do anything she’s involved in.  My character Leo is a widower, single father and failed artist who tries to teach a class of young actors about authenticity by getting them to go out in public wearing animal costumes. 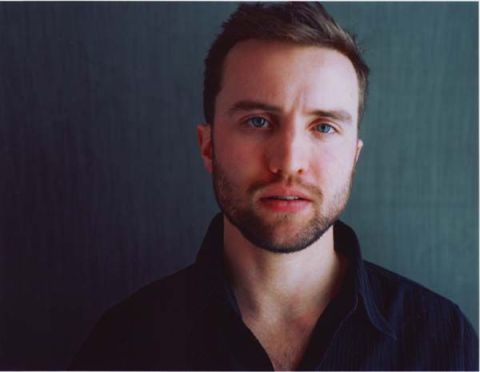 As you mentioned, you’ve just wrapped work on a film titled Forsaken, with one of my favorite Directors, Jon Cassar.  Kiefer Sutherland, Donald Sutherland, and Demi Moore headline the western drama.  Do you think the real-life relationship of Donald and Kiefer enhanced the characters father/son on-screen relationship dynamic?

Wondering if your character, Frank Tillman, is an antagonist to Kiefer’s character…you’ve mentioned that you had some good scenes with him.  You also shared photos of the wear your hand received while using the firearm for the film.  Can you elaborate some about your experiences during filming and what type of preparation you did for the role?

Horses and fire arms.  Shooting on a remote ranch in Alberta put me solidly in the mental state.  Yes – I cause a lot of problems for both Donald and Kiefer. 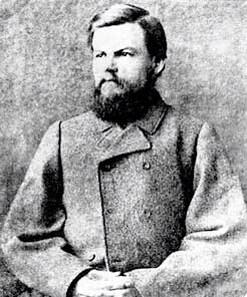 As I mentioned earlier, I was first introduced to your work through Copper where you appeared as Robert Cobb Kennedy.  Did you find your approach in portraying Kennedy to be different since he was based on a historical person as opposed to a purely fictional character?

Being able to read a full published biographical novel of my character was a new addition to my preparation.  Very immersive.

A number of our readers are Copper fans, anything you can share about what it was like working with the cast and crew on-set?  Any behind the scenes tales fit for publication?!

I was segregated from them by a cage.  No one brought cake.  Anastasia (Anastasia Griffith) would occasionally stop by for a chat.

Wow, sounds like brutal conditions…I’ve heard they can be quite a rambunctious bunch.  And no cake is just as well.  Word on the street has it that the cake can’t always be trusted to be fresh.  Seems I recall an incident of one particular Copper Five Points resident meeting his demise at the hand of a fruitcake.  😉

Unfortunately the cancellation of Copper was recently announced.  As someone in the industry, what do you think of the fans support of the show and the efforts to bring it back?  Do you think that the fans persistence is something that the industry takes seriously?

I actually don’t know much about how the industry regards fan-campaigns to save shows.  Money is obviously the only reason any show gets cancelled.  I think it’s amazing when there is anyone willing to publicly support good storytelling. 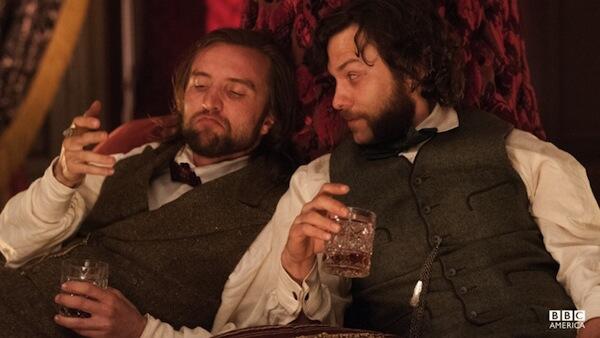 Have you kept any mementos from any of the sets you’ve worked on?

I brought an old style hat after Kennedy received his punishment.  I’ve kept jackets, boots, a leather wrist-thing-bracelet.  Key chain…they feel like tokens from trips or keepsakes from dead relatives.

Now that you’ve wrapped Forsaken, any new projects in the works you can share?

I’m off to Halifax to do a Rom-Com called Relative Happiness.

I play a mean didgeridoo.

That’s awesome!  Well Aaron, thanks so much for chatting with us!  Readers can catch up with you on your Twitter and at IMDB!  And now before we go…

Last song you listened to on your MP3 player?  20 minute track from Godspeed You! Black Emperor’s newest album.

Favorite (non-food) guilty pleasure?  Reminding myself how meaningless feeling any kind of guilt is…

Which superhero would you be?  I’m Batman.

Happiness in one word?  Daughter